Approximately one year ago, Hewlett Packard CEO Meg Whitman announced that her company would be entering the 3D printing space sometime around the middle of this year. After HP reneged on that time frame, stating that any announcement will be postponed until October, the company has since split into two separate entities, causing many within the industry to express their doubts as to whether or not we would be getting a major 3D printing announcement from the company this year.

With Dion Weisler as the new CEO of HP Inc., which will be responsible for all 3D printing ambitions, and with just a few days left in October, the company has just made quite the announcement. HP Inc. seems determined to create an entire 3-dimensional ecosystem. From their displays, to their scanners to 3D printing, HP Inc. looks to several new rapidly growing markets.

Today’s much anticipated announcement certainly didn’t let 3D printing enthusiasts down. Announcing a new additive manufacturing technology aimed towards the hypergrowth commercial space they call Multi Jet Fusion, HP blew the crowd away. Multi Jet Fusion technology aims to solve three major problems with today’s current technology: Speed, precision, and cost. This new technology, which will be introduced to market sometime in 2016, produces functioning parts at speeds which are at least 10x faster than any other technology on the market today, with a combination of precision and strength, as well as lower priced hardware and materials.

HP, had always promised to enter the 3D printing space when they felt they had a technology which could make a significant contribution to the industry. In the unveiling of their multi jet fusion technology, they have done just that.

The way the technology works is quite interesting. It uses a multi-chemistry process, and stems from HP’s thermal inkjet technology assets. First a Layer of powder is laid down, then a fusing agent is applied, and at the same time, a detailing agent is used in order to produce higher definition around the edges, by reducing fusion on the boundaries of an object. At this point it is hit with an energy source and that layer is complete. Layer-by-layer an object is produced. 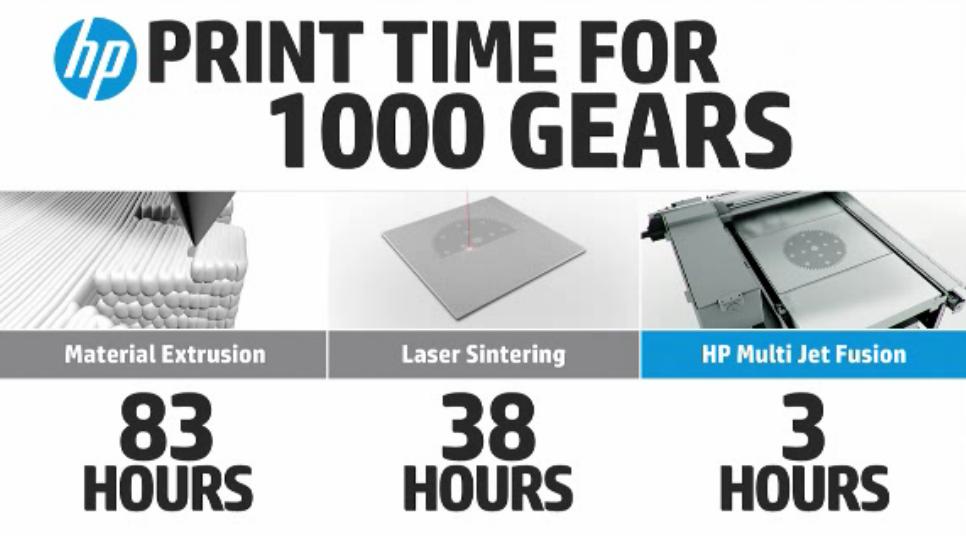 As mentioned above, these printers will be able to fabricate objects at speeds in excess of 10 times that of the fastest additive manufacturing machines that exist today. As an example of just how incredibly fast this jetting technology can mass produce 1000 gears, HP gave us some statistics. On each high quality laser sintering machine, those gears would take, at the very least, 38 hours to fabricate. With their new multi jet fusion technology, those same 1,000 gears could be produced within just 3 hours.

“As we examined the existing 3D print market, we saw a great deal of potential but also saw major gaps in technology and performance,” said Stephen Nigro, senior vice president, Inkjet and Graphic Solutions, HP. “HP plans to deliver a solution that can resolve those gaps and deliver on the potential of 3D printing.”

Incredible speed is not the only attribute which will get you excited about HP’s new technology. The jetting system can produce a staggering 350 million droplets per second, printing objects with 20 micron precision. Comparing this to a typical laser sintering machine, this is more than an order of magnitude more precise. A typical laser sintering machine will print with approximately 200-400 micron accuracies, according to HP. The machine boasts the ability to print in different colors, textures, elasticities, as well printing entire electronic devices (no details divulged). It should be interesting to see all the forthcoming details, especially those concerning its ability to 3D print electronics. 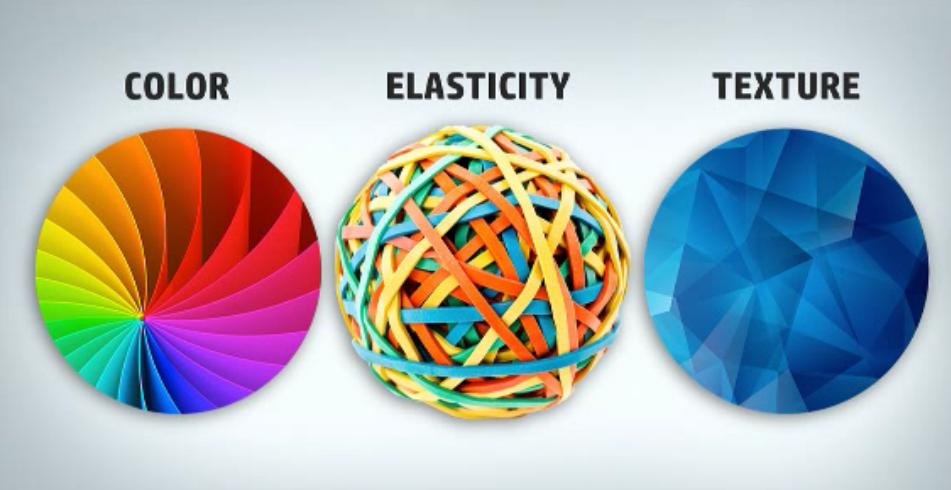 Additionally, HP is taking an open platform approach to this new technology, allowing anyone with ideas for new materials or applications to come to HP and share those ideas. Openness is the key to innovation, and HP realizes this. There was no price mentioned at the event, however, HP has stated that both the materials used within the printers, as well as the multi jet fusion machines themselves, will be more affordable than machines on the market today.

“[HP] is going to rewrite the rules of 3D printing,” said Terry Wohlers, President, Wohlers Associates. “I can envision companies purchasing expensive equipment and then putting it in moth balls when the new HP equipment becomes available.” 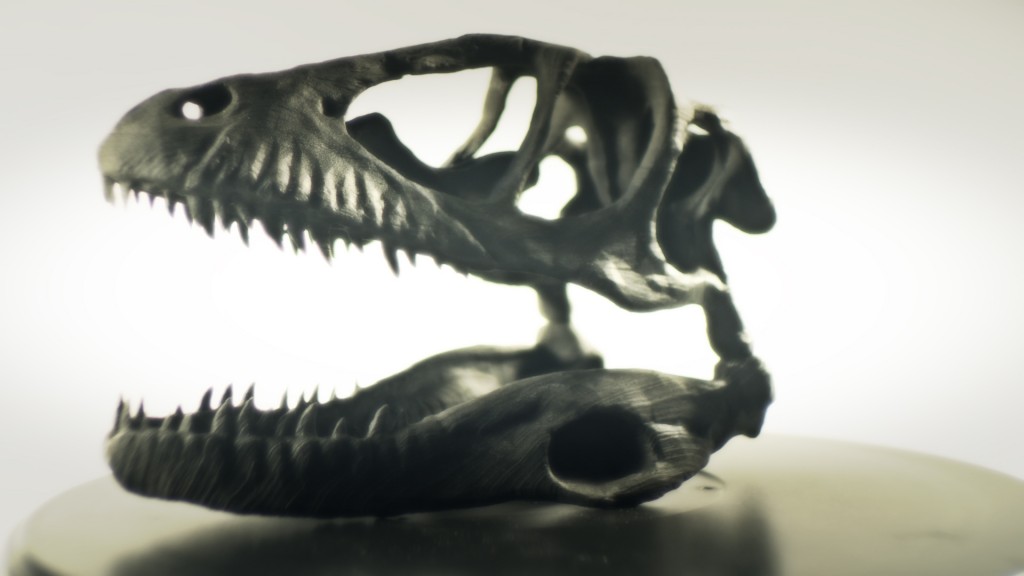 Printed on the HP 3D Printer

Also at the event today in New York City, HP unveiled an incredibly intuitive new personal computing experience called Sprout. Sprout, an emersive computing platform, utilizing a 3D camera and scanner and all sorts of incredibly intriguing tools and applications such as remote collaborative creativity, as well as 3D scanning and manipulation using a second touchscreen which sits on top of the desk under the computer’s main monitor. Objects can be scanned in, simply by placing them on the touchscreen. Once scanned, these objects may be manipulated directly on this very same touchscreen monitor/scanner, with a customer’s bare hands, a stylus pen or one of many other virtual tools.

Sprout will be available for purchase starting on November 9th in Best Buy, Microsoft stores and other locations. For more of a on these announcement, including more on Sprout, see our live blogging article that was just published earlier in the day.

Let’s hear your thoughts on HP’s latest announcements. Stay up to date on this breaking news in the HP Inc. 3D printer announcement forum thread on 3DPB.com. Check out the videos and images of the new 3D Printer and Sprout below:

What did you think?